Emotional Inclusion & How to Cope with Grief at Work 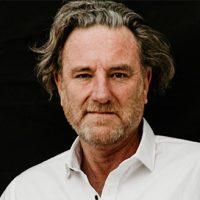 In this episode, Mollie Jean De Dieu sits down with Milton Walters where they address ‘How to Cope with Grief in the Workplace.’ How does one deal at work after having lost a loved one: a child, a spouse, a family member, a friend? What is the role of companies here to help any employee navigate this difficult time in their life so that they can still function at work?

Milton is the CEO of Adapting where he works with major corporates to pilot programs on dealing with grief in the business landscape. He has also started a Podcast called 'Adapting' where he opens up the discussion on the said subject.

Role of companies in supporting their employees going through grief

Effect of grief on work performance

Building a culture of empathy in an organization

Impact of therapists + culture of empathy within a company

People’s behavior around someone who is grieving

How company culture surrounding grief can extend beyond work

Organizations’ ways to prepare for and de-mystify grief

"If you could be working in an organization that’s looking to build that culture of empathy, I think you’re really on the right track."

"Any resources like a therapist, councilor, psychologist, that happens to be working in an organization, if they were in an organization and it was the right culture, (I think that’s the other thing, you can’t have one without the other) If you had that culture of empathy and you had somebody in that role, how could it not be something that is really impactful?"

"If that culture is in place, you may allow yourself to be vulnerable enough to do that; to go and see somebody."

"If you did extend yourself out to somebody that was grieving in an environment that encouraged it and you had some understanding of what the organization expects of you, what they did in relation with grief for their employees, I think you would potentially, you could get real post traumatic growth out of an employee."

"When you need that human connection most is at this time. And so that’s the opportunity for workplaces to just have those conversations to think about it before it happens."

"As a group of people, we may not do it completely right; but at least we’re going to be trying to approach it from a more mature perspective and a more human perspective."

To receive our monthly newsletter and stay connected with what captains of industry are saying on Emotional Inclusion™.

You have successfully subscribed to the newsletter

There was an error while trying to send your request. Please try again.